The memorial event honoring Hiram Maristany will be held at El Teatro in El Museo del Barrio from 1:00PM to 3:00 PM on May 15.

Please join as we celebrate his life, his work documenting the Puerto Rican experience in New York City, and his activism alongside his family, friends, and fellow community members.

Participants are invited to share their personal anecdotes and memories of Maristany. For all interested in sharing immediately after the Memorial, please complete this testimonial form. CENTRO will include all submissions into the permanent archives.

In addition, the Museum of the City of New York is extending free admission throughout the day to Memorial attendees to see Maristany’s images currently on view, as part of its ongoing exhibition Activist New York. For more information, visit www.mcny.org.

Seating is limited so please RSVP.

Guided by his love of the East Harlem community where he was born and raised, Hiram Maristany, took up photography at an early age as a way to honor and preserve the lives and history of El Barrio.

“Truly, my work is a reflection of a love affair that I’ve had with my community. One day, hopefully, I will give some inspiration to some young people, or an evolving artist, to know their community, to preserve their community, and not allow someone else to do it for them. We have to take responsibility and title to our own history. It’s no accident that a lot of the images are of 111th. That’s the street that I was born and raised on.”

-Maristany at the Smithsonian American Art Museum in 2018

Though he rose to acclaim in rarefied art circles, Maristany long resisted having his images in mainstream museums because “he did not trust the ability of museums and curators to treat his work and subjects with respect,” according to Arlene Dávila, anthropology professor and founding director of the Latinx Project. “Hiram knew that images are political, and he was very intentional in the circulation and representation of his images—careful about whom he talked to, to the point of keeping a lot of his record ‘sequestered’ for years. ‘Dignidad over fame’ was his motto.”

Even still, his work exploring the American experience was far too important to escape the mainstage for long and eventually found its way into notable museums and art collections, including El Museo Del Barrio, the Smithsonian American Art Museum, and MoMA.

In addition to his impactful work featuring the people of his community, Maristany was the official photographer of the Young Lords (YL), a Puerto Rican political action group that started in 1960. Among his most recognizable works are his photographs of the YL’s action at the Garbage Offensive of 1969 when the group drew attention to the NYC Sanitation Department’s weekslong intentional neglect of El Barrio by compiling the trash that had accumulated throughout the neighborhood at the intersection of 111th Street and Third Avenue and then setting fire to the massive heap for the entire city to see. He is also known for capturing YL’s occupation of the First Spanish United Methodist Church in East Harlem when the group renamed it “The People’s Church,” using it as their headquarters and a community center.

Maristany also helped fellow artist Raphael Montañez Ortiz establish El Museo del Barrio in 1969 where he went on to define the institution’s visual language for years to come. When he served as El Museo’s director from 1974 to1977, he curated multiracial exhibitions of artists as a way of building coalitions in the community. Most recently, he was the director of CENTRO’s photography program until his passing.

“There are people that I know that when they come here and they see this, they will feel included in the history of America. That’s something that so many people take for granted.”

-Maristany at the Smithsonian American Art Museum in 2018

Little did his parents know upon arriving in El Barrio from Puerto Rico, with maletas full of dreams, that their son would become such an important historical figure. Thanks to his extraordinary contributions as a photographer, activist, and as a leader in U.S. art communities, the Puerto Rican people who lived in El Barrio, and the neighborhood itself, have a rightful place in U.S. history. Maristany’s life and his work will forever remain part of nuestro orgullo. Descansa en poder. 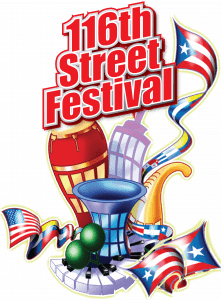 Join us on Saturday, June 11th at 10 AM EST for the 37th annual 116th Street Festival. This in person event will take place on 116th Street and Third Avenue, and will feature live music performances, community art, and food influenced by Puerto Rican and Hispanic culture. The 116th Street Festival started in 1985 as … Continued 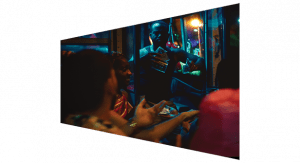 Join us on Friday, March 25th at 4 PM EST for an Afternoon Tertulía: Reggaetón, Race, and Cultural Politics. Let’s explore Puerto Rican contributions to reggaetón, a musical genre that has reached worldwide attention and transformed the music scene and popular culture for the past few decades. Using an intersectional approach to class, race, gender, and diasporic … Continued 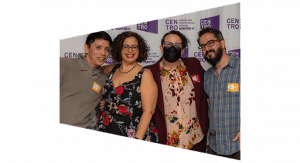 On Wednesday, December 15th at 2 PM EST, we will be hosting a very special Data Hub Coffee Hour, where our data hub team will highlight their Fall 2021 research work and the research associates will present their research plans they will undertake during their Centro residency. Dr. Matthew Nicdao, Dr. Jose A. Laguarta Ramirez, … Continued