Founded in 1973 by a coalition of students, faculty, and activists, the Center for Puerto Rican Studies at Hunter College (CENTRO) is the largest university-based research institute, library, and archive dedicated to the Puerto Rican experience in the United States. We provide support to students, scholars, artists, and members of the community at large across and beyond New York. We produce original research, films, books, and educational tools and are the home of The Centro Journal—the premiere academic journal of Puerto Rican Studies. Our aim is to create actionable and accessible scholarship to strengthen, broaden, and reimagine the field of Puerto Rican studies.

Developing a shared vision for Centro was and continues to be a collective process. We will continue expanding our efforts to collect, preserve and provide access to archival and library resources documenting the history and culture of Puerto Ricans. But we must do it in broader inclusive ways to be able to integrate, support and encourage interdisciplinary research into new emerging subjects that are traditionally invisible to researchers, as well as emerging issues that are dramatically changing our lives and ways of living today.

Rooted in the political projects of the 1960s and 1970s, the origins of Centro were collaborative and community-facing. Among its founding principles was the desire to “take the mystery and oppression out of learning,” to bring the community into the university, and to “project the university outward in new ways.”

This formula was radical and necessary. Centro called for radical changes to the way in which Academia conducts itself, views itself, and how it recognizes or assigns leadership. It was clear to many of the founders that the production of knowledge about Puerto Ricans in the diaspora must be guided by and responsive to our communities’ needs. There was a strong commitment to producing research and knowledge analyzing the Puerto Rican experience in the USA in its rightful context: as subjects expulsed from a colonized country and forced into labor migration, confronting linguistic challenges, low pay employment with substandard workplace conditions, in communities abandoned by the government.

Leadership within Centro was originally based on principles of collective governance, with research agendas set by sub-committees and task forces. The task forces were initially imagined as a meeting ground for Puerto Rican Studies faculty, community members, and Centro staff interested in investigating the theoretical and empirical nuances of Puerto Rican themes and issues.

Over time participants produced cutting-edge research on the Puerto Rican condition. They contributed significantly to an understanding of the cultural, linguistic, and migratory history and experiences of Puerto Ricans in the United States. The task forces that operated in this early period included: Historical Research and Documentation, Culture and the Arts, Language Policy, Media, Prisons & Criminal Justice, and Puerto Rican Studies. This led to a bevy of collaborative projects, working papers, conferences, and landmark texts that forged and shaped the field of Puerto Rican studies, such as Labor Migration Under Capitalism (Monthly Review Press, 1979) and Industry and Idleness (Centro de Estudios Puertorriqueños, 1986), as well as pioneering film projects like Plena is Work, Plena is Song (1989) and Manos a la Obra: The Story of Operation Bootstrap (1997) — all of which were authored or produced by task force collectives. Centro has continually created and seized opportunities to expand and guarantee not only top-notch research but to also make that research accessible nationwide.

Centro’s Library and Archives sustains all our work, it is the most comprehensive depository of our histories, accomplishments, challenges, and culture available anywhere and an embodiment of the collective memory of the Puerto Rican diasporic experience. True to Centro’s commitment, we work hard to make it accessible to researchers, academics, teachers, students, genealogists, filmmakers, and the community at large.

True to our unwavering commitment to be a bridge and a resource to our communities, Centrostaff guide and mentor students, assist and advise community organizations and other research institutions and serve on local, national and international committees concerned with issues of social, economic, educational and cultural policy.

Today Centro has become a bedrock encouraging and sustaining the ongoing dialogue between Puerto Rican Communities, scholars, allies, and elected officials. We continue to work closely with a network of education, research, archival, advocacy and community-based partners and continue to aggressively produce and disseminate relevant interdisciplinary research. True to the social struggles that created the conditions for CENTRO we seek to link scholarship to social action and policy debates and to contribute to the betterment of our community and enrichment of Puerto Rican Studies. 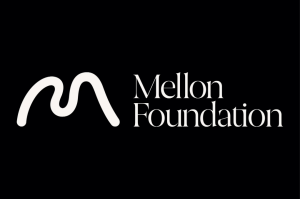