Unete con nosotros on Monday, October 18, 2021 to celebrate the 25th anniversary of ¡Palante Siempre Palante! Day. Proclaimed on October 18th, 1996 by then Manhattan Borough President, Ruth Messinger, ¡Palante Siempre Palante! Day honors the rich history of Puerto Rican activists in New York, specifically, the Young Lords. These stories are catalogued in the 1996 documentary of the same name, ¡Palante Siempre Palante! The Young Lords in an effort to prevent this history from being lost or forgotten. Join the film’s producer, writer, and director, Iris Morales, in conversation with Puerto Rican filmmaker and scholar, Frances Negron Muntaner to celebrate the 25th anniversary of this historic occasion and discuss the importance of documenting history on film. The discussion will be moderated by Centro Directora, Yarimar Bonilla.

Co-presented with Third World Newsreel, the date celebrates the 25th anniversary of the premiere of ¡Palante Siempre Palante! The Young Lords on POV: the American Documentary series. The 48 minute film is the first documentary to bring the story of the Young Lords Organization in New York in the late 1960s and 1970s to national television.For 25 years, the film has continued to screen in classrooms and community venues across the United States and Puerto Rico, and has had several screenings in Cuba.

The event will feature vivid conversation, insight from the film's original production team, & a robust highlight reel from the night of the documentary's premier. Producer, writer, and director Iris Morales will also donate part of her private collection of Young Lords material to Centro’s archives! Finally, stick around after the Q&A where you can ask Iris & Frances questions. We’ll end the event with some live music by DJ Christian Martir.

Third World Newsreel also sponsors free "zoom in" series of workshops on various production topics aimed particularly at emerging media makers of color, in the spring and fall. Supported in part by the National Endowment for the Arts, the New York State Council on the Arts with the support of Governor Andrew M. Cuomo and the NY State Legislature, Public funds from the NYC Department of Cultural Affairs in partnership with the City Council, the Peace Development Fund and individual donors. See showcase of recordings of their seminars at https://vimeo.com/showcase/5068611.

Iris Morales is an activist, educator, filmmaker, and author. As an outspoken advocate for human rights, gender and racial justice, and the decolonization of Puerto Rico, Morales collaborates with activists, educators, students, and artists on projects about these issues and is a frequent speaker at community venues and schools. Over the years, she has created organizations devoted to education and is the founder of Red Sugarcane Press, Inc. Among its publications are Voices from Puerto Rico: Post-Hurricane Maria, Latinas: Struggles & Protests in 21st Century USA as well as collections of poetry, plays, histories, and a children’s book highlighting the experiences of Puerto Ricans and BIPOC.

Morales was a member of the Young Lords Organization and is the producer, writer, and co-director of the award-winning film, ¡Palante, Siempre Palante! and author of Through the Eyes of Rebel Women, The Young Lords: 1969–1976. She is an attorney and graduate of New York University Law School and earned an MFA in Integrated Media Arts from Hunter College. 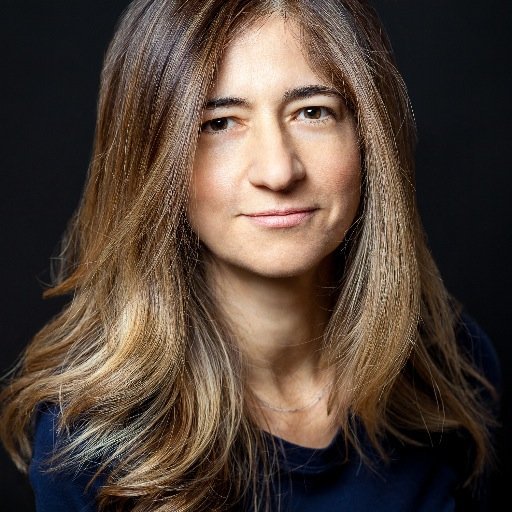 Frances Negrón-Muntaner is a filmmaker, writer, curator, scholar and professor at Columbia University, where she is also the founding curator of the Latino Arts and Activism Archive. Among her books and publications are: Boricua Pop: Puerto Ricans and the Latinization of American Culture (CHOICE Award, 2004), The Latino Media Gap (2014), and Sovereign Acts: Contesting Colonialism in Native Nations and Latinx America (2017). Her most recent films include Small City, Big Change (2013), War for Guam (2015) and Life Outside (2016). For her work as a scholar and filmmaker, Negrón-Muntaner has received Ford, Truman, Rockefeller, and Pew fellowships. She has similarly received various recognitions, including the United Nations' Rapid Response Media Mechanism designation as a global expert in the areas of mass media and Latin/o American studies (2008); the Lenfest Award, one of Columbia University's most prestigious recognitions for excellence in teaching and scholarship (2012), an inaugural OZY Educator

Negrón-Muntaner served as director of Columbia’s Center for the Study of Ethnicity and Race from 2009-2016.  She was also the director of Unpayable Debt, a working group at Columbia University that studies debt regimes in the world and lead collaborator in two of its main projects NoMoreDebt: Caribbean Syllabus (first and second edition), and Valor y Cambio (Value and Change), a storytelling and social currency project in Puerto Rico, valorycambio.com.

Yarimar Bonilla is the Director of the Center for Puerto Rican Studies at Hunter College. She is also a Professor in the Department of Africana, Puerto Rican, and Latino Studies at Hunter College and in the Ph.D. Program in Anthropology at the Graduate Center of the City University of New York. She is the author of Non-Sovereign Futures: French Caribbean Politics in the Wake of Disenchantment (2015) co-editor of Aftershocks of Disaster: Puerto Rico Before and After the Storm. (2019) and a founder of the Puerto Rico Syllabus Project. In addition, Yarimar is a prominent public intellectual and a leading voice in Caribbean and Latin-X politics. She writes a monthly column in the Puerto Rican newspaper El Nuevo Día titled “En Vaivén,” is a regular contributor to publications such as The Washington Post, The Nation, Jacobin, and The New Yorker, and a frequent guest on National Public Radio and news programs such as Democracy Now! Her current research—for which she was named a 2018-2020 Carnegie Fellow —examines the politics of recovery in Puerto Rico after Hurricane Maria and the forms of political and social trauma that the storm revealed.