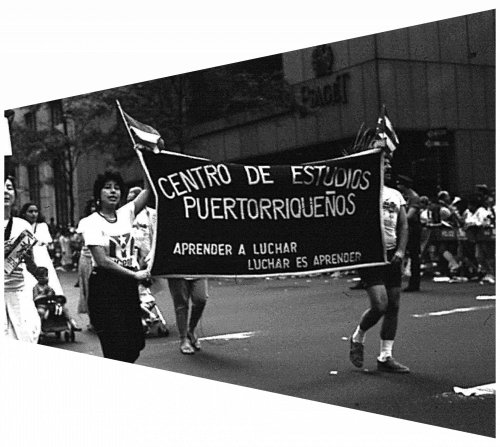 CENTRO turns 50 this year! We’re kicking off our 50th Anniversary with a symposium aimed at reflecting on our vibrant history as a hub for activism, academic research, and community-based leadership. Through a day of panels, founding members and former CENTRO staff will lend insight on what led to the creation of CENTRO and its journey towards meeting the demands of a constantly evolving world. Join us as we illuminate how CENTRO has responded to the needs of the field of Puerto Rican Studies and the growth of the Puerto Rican diaspora across the nation. These panel discussions will lay the groundwork for how CENTRO envisions its next 50 years!

Get a deeper understanding of CENTRO’s first 50 years as a prominent research institution within CUNY but also as a haven serving communities beyond academia. Born out of the Civil Rights Movement and a collective desire to understand, maintain, and tell our own stories in the Diaspora, The first 50 years at CENTRO saw the creation of our esteemed Library & Archives, a vision for community involvement, an exchange program with the Universidad de Puerto Rico, and more. Join us in understanding the history and challenges of CENTRO and the lessons we can learn and apply moving forward.

Dr. Maria Josefa Canino is Professor Emerita of Public Administration, Rutgers- The State University of New Jersey. A New Yorker of Puerto Rican parentage, she returned to the Island and rejoined the Graduate School of Social Work, University of Puerto Rico as the founding coordinator of a Ph.D. program in policy analysis and program administration. She was also the founding chair of the Rutgers Department of Puerto Rican Studies now the Department of Latino and Caribbean Studies.

Pedro Pedraza was born and raised in New York City, living in Manhattan’s west side up to high school and East Harlem as an adult until recently moving to Florida after retirement. He graduated from the New York City school system then finished a BA at Occidental College in LA with a full scholarship provided by a Rockefeller Foundation program for minority students. Pedraza attended Columbia University through a graduate program in Sociology while working in an open admissions research project. Pedraza then taught at Manhattan Community college where he joined the Centro de Estudios Puertorriquenos staff in its first year as a research director of the Language Policy Task Force and later during his last 20 years in education research. He also coordinated the Centro’s Caribbean Exchange program and served on the Steering Committee since then.

Camille Rodriguez served as educator, administrator, and advocate for innovative programs serving first-generation immigrant and students of color in the public and nonprofit sector for close to three decades. She co-authored publications on education, language policy, ethnic studies, and higher education focusing on the experiences of Latinos and other communities of color. Rodriguez also worked with local and national public schools, higher education institutions and nonprofit organizations to improve the educational and social outcomes for marginalized communities. She participated in the creation and change efforts of the Center for Puerto Rican Studies at Hunter College of the City University of New York (Centro de Estudios Puertorriqueños).

Let’s reimagine the future of Puerto Rican Studies and CENTRO’s role in supporting and understanding the Puerto Rican experience in the Diaspora. How is this experience, and the study of it, affected by new waves of migration out of the island exacerbated by disaster capitalism? What is the role of education and language in the future of Puerto Rican Studies? How can we continue to center the voices of Queer and Afro Puertoricans in this field? Join us in exploring these questions and the role CENTRO has in working towards an answer.

Dr. Jorell Meléndez-Badillo is an Assistant Professor of History at Dartmouth College. His work focuses on the global circulation of radical ideas from the perspective of working-class intellectual communities in Puerto Rico, the Caribbean, and Latin America. His most recent publications include The Lettered Barriada: Workers, Archival Power, and the Politics of Knowledge in Puerto Rico (Duke UP) and Páginas libres: Breve antología del pensamiento anarquista puertorriqueño, 1900-1919 (Editora Educación Emergente). He is currently working in a book titled Puerto Rico: A National History, under contract with Princeton University Press.

Dr. Karen Jaime is Assistant Professor of Performing and Media Arts and Latina/o Studies at Cornell University. She is a former Mellon/HIDVL Scholar in Residence at the Hemispheric Institute of Performance and Politics at NYU, a former Institute for Citizens & Scholars Career Enhancement Junior Faculty Fellow (*formerly the Woodrow Wilson), a former Rockefeller Foundation Research Fellow and Chancellor’s Post-Doctoral Research Associate at the University of Illinois at Urbana-Champaign. Karen’s award-winning monograph, The Queer Nuyorican: Racialized Sexualities and Aesthetics in Loisaida (NYU Press, 2021) argues for a reexamination of the Nuyorican Poets Cafe as a historically queer space, both in terms of sexualities and performance practices. Her critical writing has been published, or is forthcoming, in Women and Performance: A Journal of Feminist Theory, e-Misférica, Small Axe: A Caribbean Journal of Criticism, ASAP/J, TSQ: Transgender Studies Quarterly and in Performance Matters.

Panel III: The Art of Research: Researching on Art

There is a surge of Puerto Rican curators in major art institutions and museums across the United States. Most of them have worked or collaborated with CENTRO, expanding the traditional course of our research to the art field. The recent launch of a new Arts and Culture research unit this year has brought about multiple creative projects including the Diasporican Arts in Motion initiative, Artistic Residencies and event series centered on artists. Join us in examining the contributions of artists and curators to the field of Puerto Rican Studies, and how CENTRO incorporates their work into the research we produce facing the next 50 years.

Marcela Guerrero is the Jennifer Rubio Associate Curator at the Whitney Museum of American Art, New York. She is the curator of “no existe un mundo poshuracán: Puerto Rican Art in the Wake of Hurricane Maria,” which is currently on view at the Whitney. She was part of the curatorial team that organized “Vida Americana: Mexican Muralists Remake American Art, 1925-1945,” and also curated the 2018 exhibition “Pacha, Llaqta, Wasichay: Indigenous Space, Modern Architecture, New Art.” From 2014 to 2017 she worked as Curatorial Fellow at the Hammer Museum in Los Angeles, where she was involved in the much-lauded exhibition “Radical Women: Latin American Art, 1960-1985,” organized as part of the Getty Foundation’s Pacific Standard Time: LA/LA initiative. Prior to joining the Hammer, she worked in the Latin American and Latino art department at the Museum of Fine Arts, Houston. Born and raised in Puerto Rico, Guerrero holds a PhD in art history from the University of Wisconsin, Madison.

Teréz Iacovino is a visual artist, educator, and curator based in Minneapolis. As both a maker and mentor, this dual perspective guides her curatorial mission to cultivate empathy for, give voice to, and take risks with underrepresented artists. Iacovino is the Assistant Curator at the University of Minnesota’s Katherine E. Nash Gallery where she has supported and contributed to exhibitions in partnership with the Estate of Ana Mendieta and Galerie Lelong, the National Council of Education on the Ceramic Arts, Women’s Art Resources of Minnesota, and the World of Matter Collective, among others. She is the recipient of a Curatorial Research Fellowship from The Andy Warhol Foundation for the Visual Arts in collaboration with San Juan-based independent curator José López Serra. By explicating a decentralized network of artists, their research is a rigorous examination of the voices that have defined Puerto Rican art in the 21st century and those who have yet to be brought to the forefront.

CENTRO would like to take the opportunity in convening this symposium to acknowledge our founders and key trail blazers that were instrumental in expanding CENTRO beyond its research capabilities.

Presenting the awards to honorees is Gina Pérez, a cultural anthropologist and Professor and Chair in the department of Comparative American Studies at Oberlin College. She was a Research Associate at El Centro from 2000-2003. She is the author of two award-winning books—The Near Northwest Side Story: Gender, Migration and Puerto Rican Families (2004, University of California Press) and Citizen, Student, Soldier: Latina/o Youth, JROTC and the American Dream (2015, New York University Press). She is also the coeditor of two anthologies: Beyond el Barrio: Everyday Life in Latina/o America (coedited with Frank Guridy and Adrian Burgos Jr., 2011, New York University Press) and Ethnographic Refusals, Unruly Latinidades (coedited with Alex Chávez, 2022, University of New Mexico Press, School for Advanced Research Advanced Seminar Series). Her forthcoming book, Sanctuary People: Sanctuary, Accompaniment, and Faith-Based Organizing among Latinas/os in Ohio, will be published by New York University Press in 2024.

Edna Acosta-Belén is Distinguished Professor Emerita and former chairperson of the Latin American, Caribbean, and US Latino Studies Department, SUNY Albany. She is a long time collaborator on Centro historical projects and panels. Most recently provided the narrative for the Centro Educational Materials posters and the pamphlet “Puerto Ricans in the United States: A Brief Chronology”

Sonia Nieto is Professor Emerita of Language, Literacy and Culture, College of Education, UMass Amherst and was a frequent collaborator and supporter of Centro educational research programs and worked with Pedro Pedraza and Luis O. Reyes and participated on panels and presentations to New York City educational programs.

Virginia E. Sánchez Korrol is Professor Emerita and former chairperson of the Department of Puerto Rican and Latino Studies, Brooklyn College/CUNY. She was a frequent collaborator with Centro directors and scholars on numerous Puerto Rican diaspora community history projects. She is the author of the seminal work “From Colonia to Community: The History of Puerto Ricans in New York City 1917-1948”  and co-edited numerous anthologies on Latinas and P.R. community histories.

Blanca Vazquez is an alumna of the Columbia University Graduate School of Journalism and was the founding editor of CENTRO, the academic journal of the Center for Puerto Rican Studies (1987-1997). The contents reflected both academic and popular audience articles deemed of interest to scholars, students and to the community at large. After leaving Centro Blanca joined Hunter’s Media and Film Studies Department.

Ana Celia Zentella is Professor Emeritus of the Ethnic Studies Department of the University of California, San Diego and was Professor in Hunter College’s Africana, Puerto Rican/Latino Studies from 1990-2001. She is a Puerto Rican/Mexican linguist known for her “anthro-political” approach to linguistic research and expertise on multilingualism, linguistic diversity, and language intolerance, especially in relation to U.S. Latinx languages and communities. She collaborated with colleagues at the Centro with similar interests. 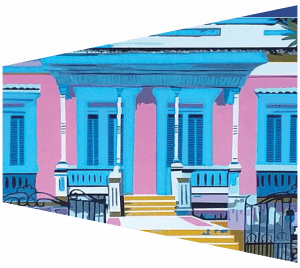 Join us on Saturday, April 9th, 2022 at 4:30 PM EST for an Afternoon Tertulia Casa Pueblo at The Clemente. We’ll be joined by Centro Research Associates Jennifer Hinojosa Pueblo … Continued 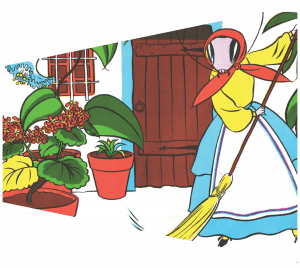 November 2022 marks the 90th anniversary of the first bilingual book published in the country, Pura Belpre’s “Perez y Martina”! This Puerto Rican folktale regales the adventures of Martina, a … Continued 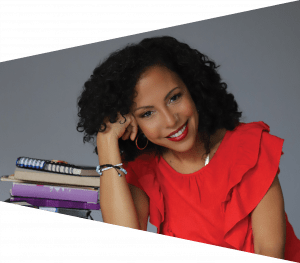